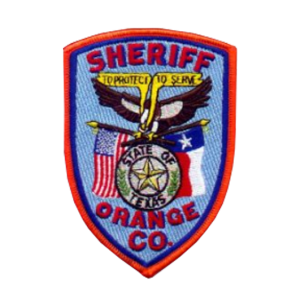 Look at this absolutely gorgeous pasta dish that has been delivered to us. The Swindells deliver delicious meals to our office every Friday. We are so grateful for our friends who take care of us here.   ... See MoreSee Less

Did they happen to have my stolen red 2006 Dodge 3500 single wheel Laramie?

So when is Tanner the pedophile getting fired?

for those curious - translates to "No one can harm me unpunished."

The Orange County Sheriff’s Office would like to send our deepest condolences and prayers to the Beaumont Police Department.

Today, a Beaumont Police Officer was killed in the Line of Duty and a second Officer was seriously injured after being involved in a crash which occurred on Cardinal Drive.

On Sunday, August 9, 2020 at 2:30 a.m., two Beaumont Police Officers were traveling Northbound on Cardinal Dr. (Hwy 69). Preliminary information indicates that their patrol unit was struck head-on by a Ford Mustang traveling the wrong way near the Hwy. 347 overpass.

The names of the involved Officers are being withheld at this time.

We ask everyone to send your thoughts and prayers for the families involved and for the Beaumont Police Department. ... See MoreSee Less

Prays out to these officers family...God Bless 🙏 them.

Prayers for the officers, their families and Beaumont Police Department.🙏🙏🙏

God bless these officers and their families.

Bless these men and help make their families strong...Prayers sent...

My heart breaks for the injured and families for each..God bless with strength.

Prayers for all affected by this awful tragedy! May God be with the during this difficult time.

Praying for the officers families. Such a tragedy.

Many prayers for the officer’s family, fellow Leo’s & friends. 🙏🏻💙🙏🏻

Praying for the families!

Praying for all. So sad this has happened. 🙏🙏🙏

Prayers for the families , friends and co-workers of the officers..🙏🙏

Prayers for the family..🙏🙏

Praying 🧎‍♀️ for these families.

Prayers for the families!

So tragic. Praying for the families

Prayers for the familys

Praying for the family’s and the BPD.

Today, Sheriff Mooney was given a Fallen Officer Memorial cross to be placed at the Sheriff’s Office. The cross was made and given by Mr. David Bridwell of Rose City, Texas. The Sheriff, Deputies, and staff appreciate the support of the citizens of Orange County more than words can say. So we will strive to show our appreciation each day in action by taking care of and serving the community we love. ... See MoreSee Less

Thank you for your service. Great job David beautiful cross

Thank you for your service! Its beautiful

Thanks lil brother that's very nice of you ❣😁👍

Love it thanks for what y’all do

Keith you always dress so nice and professional!

What a thoughtful and beautiful gift❤️

The custom flag will be placed in the lobby of the Sheriff’s Office for all to view.

When 1 bad police officer is hired by your department. What does that say for the rest of you??

But y'all have a pedophile in y'alls force... maybe everyone their should be questioned... sick dude...

The Orange County Sheriff’s Office would like to congratulate two Corrections Officer’s who were promoted today.

Congratulations to our promoted Correction Officers and their families. These promotions are well deserved for the hard work you do. ... See MoreSee Less

Not anymore Rick, all that sh-t stopped when you left! Lol

Congrats to you guy’s on the promotion! I know that you & Brian are very proud of Chris & so you should be. Love y’all.😘

Congratulations on your promotions, so well deserved!! 🎉🎉

Congratulations, both are well deserved.

Congratulations to each officer on your promotion.

I'm so happy for and proud of these two. It always does my heart good to see my people promote.

Congratulations to both officers! 🥳

Congratulations to each one and thank you for your service!!

Congrats to both of you.

Today, a pillar in the law enforcement community and of Orange County was laid to rest by family, friends, and his brothers in blue. Sheriff Huel Ray Fontenot dedicated his life to his family, his community, and to the thin blue line. Sheriff Fontenot served honorably in law enforcement for more than 30 years and left a lasting impression in the hearts and minds of those he served. Sheriff Fontenot graduated the DPS Academy in 1965 and served as a State Trooper for 14 years. He also served as an Officer in the West Orange and Pinehurst Police Departments and was a Deputy Constable. He was elected and served two terms as the Sheriff of Orange County. While serving as Sheriff, he started the DARE Program and become the first Sheriff in Texas to graduate from the Law Enforcement Management Institute of Texas from Sam Houston University. Sheriff Fontenot had his brothers, Sheriff Lane Mooney, Sheriff Keith Merritt, Chief Deputy Kieth Reneau, Chief Deputy David Bailey, Chief Fred Hanauer, Captain Perry Swiny, and Captain James Sutton, walk with him one last time as his final shift had ended.

Sheriff Fontenot, thank you for your years of service to the citizens of Orange County, as well as the state of Texas. Rest In Peace sir, we have the watch from here. ... See MoreSee Less

Prayers for all of his loved ones! May he Rest In Peace!

Prayers for all of you who knew him well and will miss him. ❤🙏

Keeping his family and friends in thoughts and prayers. RIP.

Prayers for his family

Tears flowing! Rest in peace sir. Thank you for your service sir

God Bless your Daddy, Randy. Great Man he was!💞🙏💞🙏

A good friend and brother.

Sad to lose a good man. Praying for his family and friends.

Thank you for sharing the photos

May his memory be eternal.

Praying for all his loved ones. May he rest in peace

Thank you for the pictures

Rest in peace Shierff. Thank you for your service.

The Orange County Sheriff’s Office would like to send our most sincere appreciation to Top Deck, Inc and the Mauriceville Heritage Association for providing meals today for the entire Sheriff’s Office. We appreciate all the support we get from our citizens, businesses, and community.

The Mauriceville Heritage Association partners with local businesses such as Top Deck, Inc., to cultivate and enrich our community as well as the unincorporated areas of North Orange County. Their mission reflects their passion to promote the common good and heritage of the area included in the community of Mauriceville and neighboring areas. They also strive to promote positive outcomes for the youth, senior citizens, and families in the area by providing material support to smaller community and family centered organizations, developing strong community connections through events and beautification projects.

Honored to have Top Deck, Inc.. and The Mauriceville Heritage Association as an active part of our community. So proud of you Jase!

Those Top Deck guys are top notch. But who helped Dennis up after taking that group pic?

How awesome, Jase!! Love you, buddy!!

The Orange County Sheriff’s Office would like to congratulate members of Shift 3 for receiving commendations for their job performance during an incident.

The incident occurred on July 22, 2020 at 6:48 P.M. where Deputies responded to 8499 Old Hwy 90 in Orange, Orange County, Texas in reference to a shooting. The Deputies arrived on scene to find a white male with multiple gun shot wounds. Deputies secured the scene immediately and searched for the suspect. Due to the quick response of the Deputies, the suspect was located and taken into custody. The Deputies were also able to locate two firearms on scene that were used in the incident.

Sheriff Mooney is proud to have Deputies on his team willing to go above and beyond to serve and protect the citizens of Orange County. Great job shift three!

Thank you gentlemen for all you do. Be safe & know your community supports you

Thank you to these Sheriff Deputies for a job well done!!!

Thank you for posting this. It is good seeing people publicly acknowledged in this way.

Do proud and thankful for our deputies protecting us.

Thank you to these and all of our police force that keeps us safe.

Great job guys! Continue to pray for your safety.

Thanks guys for doing your job and more! I wish Pinehurst would start doing their job! I’m wondering if we’re still gonna be paying taxes here if they’re not going to do their job? Something has got to be done!

Proud of all the officers, know Colton Harvard from when he was a little boy,he’s grown to be a fine young man.

I am so pleased to see a Sheriff that supports his deputies!! Awesome job guys!! We need to hear all the good stuff our law enforcement does. Marcus we are so proud of you!!!🥰. But one question where were you hiding when it came time for pictures???🤣

commended for not killing someone... lol they should do this everyday with everyone.

Great job guys we love and appreciate all our men in blue!! Much Respect!

Congratulations, awesome accomplishment for All of you and great job catching the bad guy!

Congratulations & Thank you gentlemen & all of Orange Co. Officers for all you do. Be safe an God Bless yall

Your dedication to protect and serve is appreciated.

Congratulations! Great job! May God keep you from harm and back home safely.

Great job! We appreciate you all. Be safe and be blessed.

So proud of you guys! Thank you for your dedication and passion.

Thank you all for watching over our town and making it safe for us to live here. Congratulations to all ya'll.

Thank you so much for serving and protecting our community