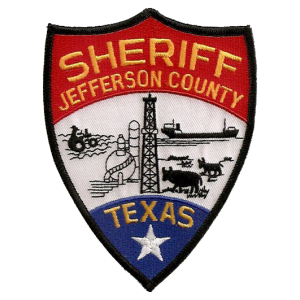 Condolences from your friends in Boston.

Prayers for Officer Champ, his family and his coworkers.

Sending prayers for his family and his coworkers. 🙏🏻💙💙

Prayers to his family, and coworkers. 🙏💙🖤

Prayers to his family and friends.

Sending prayers 🙏🙏🙏 for all his family and friends. Thank you sir for bravely serving your community.

Thoughts and prayers for his family & all those who loved him. Thank you for your service Officer Champ.

Praying for his family and his law enforcement family

Our deepest condolences to our brothers and sisters at the Beaumont Police Department...BPD Officer Killed in the Line of Duty- Second Officer Seriously Injured Following Crash on Cardinal Drive

On Sunday, August 9, 2020 at 2:30 a.m., two Beaumont Police Officers were traveling Northbound on Cardinal Dr. (Hwy 69). Preliminary information indicates that their patrol unit was struck head-on by a Ford Mustang traveling the wrong way near the Hwy. 347 overpass.

The names of the involved Officers are being withheld at this time.

Praying for the family

This is so sad. Give my condolences to the family. PRAYERS

🙏Prayers for their families

Prayers for the families and fellow Officers.

Prayers to the families at work and home

Jasper County Precinct 4 employees were able to locate the vases that had been stolen from Oak Bluff. The vases had been dumped in the wood line in an attempt to discard them. These vases were returned to Oak Bluff Memorial Park.

Great job!!!! Why in the world would they steal vases?? Disgraceful.

An offender currently in jail for a Parole Revocation or sentenced to Pen Time is receiving credit for Pen Time while in the county jail.

Jefferson County Correctional Facility is sending current Pen Packets on a weekly basis to TDCJ for those offenders.

Due to the Covid-19 virus TDCJ is not accepting offenders without conducting a lengthy vetting process. This has delayed the release of transfer to TDCJ dramatically.

To this date TDCJ has not released anyone fitting these criteria from county jails.

TDCJ Parole Division is solely responsible for considering release from parole or PIA (Parole in Absentia) from the county jail. If an offender is told they will be released after a hearing, Parole has to forward this decision to Austin Parole Division Headquarters for processing which can take up to 30 days before the jail receives the official release paperwork.

ISF and SAFP
If an offender is sentenced to ISF or SAFP, those offenders will only be transferred based on bed availability. Jefferson County has no authority over bed availability. TDCJ will contact the jail and request information on the offenders they are accepting and after vetting will notify us when to transfer that offender. ... See MoreSee Less

Tiffany Howard this what you was talking about?

yes maam but i dont no what the pen packets are

Pen packets are the judgment from the courts.

The Jefferson County Sheriff's Office is asking for your help in identifying a truck thief.

If you can identify this man or know the location of the truck, contact Crime Stoppers at 409-833-TIPS, log onto www.833TIPS.com or download the P3 app. You will not be ask your name and you could be eligible for a cash reward . ... See MoreSee Less

What an idiot. If there was ever a time to pull up that mask...

Investigators with the Port Arthur Police Department continue the investigation into the shooting death of a young man which occurred on 06/28/2020. They are asking for the publics assistance in identifying the person of interest in the attached video.

Port Arthur Police Department
We need the public’s help identifying the male in this security video. On 6/28/2020 at approximately 11:11 AM Officers responded to the 3400 block of 32nd Street in reference to a shooting victim. Officers located a male victim at the residence, he was transported to a local hospital where he later succumbed to his injuries. Investigation revealed that a male black who was seen leaving the area was at the residence during the shooting. Several cameras in the neighborhood showed that the male was wearing a white shirt and white shorts with oversized slide sandals. He has a dark skin tone, medium build with a short hair. He is approximately 18 to 22 years old and may have tattoos near his wrist. He went by the nickname of “Bubba” and is known to be from this area. Detectives need to speak with “Bubba” in reference to what he may have seen. If you have any information on the identity of the male please call the Criminal Investigation Division at 409-983-8624 or Detective Flores at 409-983-8678

If you know this suspect’s identity or have any other information on this or any other crime, call Port Arthur Police at 409-983-8600 or Crime Stoppers of SETX at 409-833-TIPS (8477). You won't be asked your name and you may be eligible for a CASH reward. You can also make an anonymous tip to Crime Stoppers by downloading the P3 Tips app on your smartphone. ... See MoreSee Less

Missing Man Located
co.jefferson.tx.us/Sheriff/PressReleases/2020/196/missing-man-located
UPDATE 07/13/2020 - GEORGE FINNE HAS BEEN LOCATED AND HE IS BACK WITH FAMILY! THANK YOU FOR ALL OF THE HELP!

The Jefferson County Sheriff’s Office is asking for the publics assistance in locating a missing person – welfare concern.

Deputies are searching for 23 year old George Frank Finne. Finne is approximately 5’10” tall and around 155 lbs. He has brown hair, blue eyes, a light moustache and a small goatee. He was last known to be wearing a blue t-shirt, blue jeans and black Nike tennis shoes.

His last known contact was to his mother on July 4, 2020 using the phone at the Express Mart at Beauxart Garden and Hwy 69 in Nederland, Texas. He advised his mother that he was walking to Beaumont.
If you know the location of Finne, please contact the Jefferson County Sheriff’s Office at 409-835-8411. ... See MoreSee Less

UPDATE 07/13/2020 - GEORGE FINNE HAS BEEN LOCATED AND HE IS BACK WITH FAMILY! THANK YOU FOR ALL OF THE HELP! The Jefferson County Sheriff’s Office is asking for the publics assistance in locating a ...
View on Facebook
·Share

Distracted driving is any activity that takes your attention away from driving. Distractions can include anything from texting and talking on a mobile phone to eating and drinking, putting on makeup, shaving, reading, programming a navigation system, watching a video and even adjusting the radio.

Right, but all the cops and sheriff's are on their laptop or phone as they drive. Guess they are special..

* Know that any depth of water can be dangerous
* Place barriers around water
* Always designate or be a water watcher – be diligent!
* Remember drowning is quiet and quick
* Learn water rescue skills and CPR
* Take formal swimming lessons

Whether it be indoors or outdoors, drowning can happen in almost any amount of water, at any time. Honestly, it truly only takes a couple of minutes for a child to drown in water, whether it be inside or outside of their home.

One of the ways to avoid these types of unfortunate tragedies related to drowning, is by making sure no child is ever left unattended or unsupervised around water, no matter where they are. Always know where the kids are! #OneCountyOneCommunity ... See MoreSee Less

Look into parked cars as you pass. Take action and call 911 if you see people or animals left in a hot car. Let us be each others keeper! #OneCountyOneCommunity ... See MoreSee Less