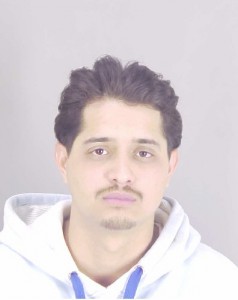 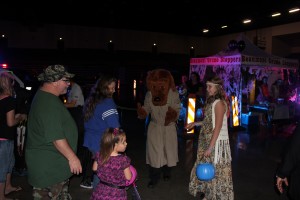 With the help of Crime Stoppers, Beaumont Police Department had another successful Trunk-or-Treat and Haunted Jail! Over 4,000 people chose to spend their Halloween evening at the event and fun was had by all. Event Photos … END_OF_DOCUMENT_TOKEN_TO_BE_REPLACED 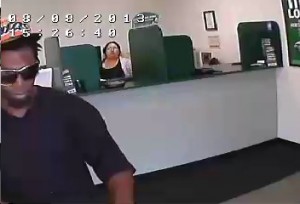 On Saturday, October 12, 2013 around 2:00 am, two males entered the Beaumont Civic Center at 701 Main St. and stole the ATM that was bolted down in the front lobby. They used a fork lift that was originally parked in the indoor warehouse. The late cleaning staff left work around 1:00 am and there … END_OF_DOCUMENT_TOKEN_TO_BE_REPLACED

On Thursday, October 10, 2013 at 9:30a.m. a man entered BBVA Compass Bank in the 700 block of Calder. He had a knife, and demanded money. The teller complied and the robber fled on foot with the stolen money. Beaumont Police K-9 units ran a track and determined the man ran northeast from the … END_OF_DOCUMENT_TOKEN_TO_BE_REPLACED

On Thursday, September 26, 2013 at approximately 9:45 am, a female victim was picked up in the area of Lucas and Magnolia. She was taken to the Salt Water Barrier off Bigner road and sexually assaulted at gunpoint. The vehicle was a 70 to 80`s model, dark, evergreen colored Ford, extended cab pick … END_OF_DOCUMENT_TOKEN_TO_BE_REPLACED

On Wednesday, September 25, 2013 between 6:00am and 6:20am, a burglar broke into Gulf Coast Auto Auction located in the 400 block of S. 11th St. The burglar gained entry by prying the back door open with a crowbar. He prowled through the business, opening every drawer and cabinet. He … END_OF_DOCUMENT_TOKEN_TO_BE_REPLACED 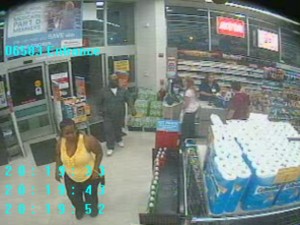 This week Crime Stoppers needs your help identifying a female that is wanted for credit card abuse. On Wednesday, August 14, 2013 at 12:57pm, an unknown black female made a large purchase with a fraudulent credit card, at Walgreens in the 3800 block of Dowlen Rd in Beaumont. The owner of the card … END_OF_DOCUMENT_TOKEN_TO_BE_REPLACED 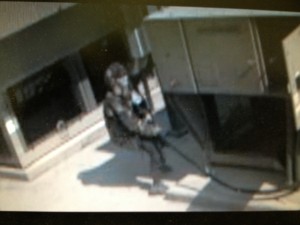 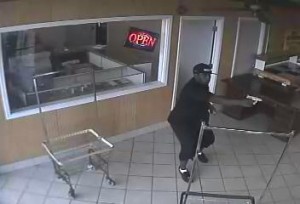 This week Crime Stoppers needs your help identifying a man that is wanted for aggravated robbery. On Thursday, September 5, 2013 around 12:00 noon, two black males robbed an employee at the Wash House, located in the 2300 block of 4th street. The Wash House is a laundry mat and game room. One of … END_OF_DOCUMENT_TOKEN_TO_BE_REPLACED

By educating yourself and knowing how to identify and report various schemes, you can stay several steps ahead of scam artists.
View on Facebook
·Share

Thank you to Davis’s for the awesome king cake! ... See MoreSee Less

On Wednesday, 1/22/20 at approximately 5:32 PM, Officers with the Port Arthur Police Department responded to the 4500 block of Sunken Court in reference to a shooting. Officers arrived and found that Jose Riojas, 35 year-old Port Arthur resident, had been shot multiple times. Riojas was transported to The Medical Center of Southeast Texas where he was pronounced deceased.

On Thursday, 1/23/20, while actively following leads, PAPD Investigators located two suspects that were later identified as 32 YOA M/B, Larnell Mosley and 30 YOA M/B, Jeremy Roy. The suspects were taken into custody shortly after questioning. They were transported to the Jefferson County Correctional Facility where they were both charged with the Murder of Jose Riojas. ... See MoreSee Less

Thank you for catching them so quick

The fact of these clowns killing that man is sickening ,I knew both of them and I never trusted either one I always said it was something about them that made my skin crawl smmfh and eye for an eye

It should be CAPTIAL MURDER NO BOND!!!!!!

CHECK THOSE DATES!
With the coming of the new year, it’s a good time to check important dates on any renewable documents you may hold such as drivers license, Concealed Carry Weapons (CCW) license and other important documents which may have expired (?) or will expire this year.
Also, don’t forget battery replacements that may be needed in your home smoke detectors and other safety equipment! ... See MoreSee Less

I thought ohio only had CHL (Concealed Handgun Liscence) and not CCW (Concealed Carry Weapons) are there now liscence for weapons to be concealed carried and not only handguns?

Welcome Citizens Police Academy 53rd Class! We are so honored! There are still openings in this class so if your interested please call 409-654-3602 ... See MoreSee Less

Danny Macha give it a whirl

Warrant Round Up Leads to the Arrest of 18 Offenders

Warrant Round Up Leads to the Arrest of 18 Offenders Thursday, January 22, 2020, Officers with the Beaumont Police Department Narcotics and Vice Unit and the Special Assignment Unit (SAU) prepared and...
View on Facebook
·Share

Awesome job to all agencies! Keep taking the trash out!! 👏👍💙

Was the POS that killed my son arrested that's all I care about after all it has been almost 2 years and no leads. As if Levi's life did not matter. #justiceforLevi

I cant believe I missed seeing all the cop cars in action.

They have a lot more to go !

January is Crime Stoppers Month! Be a Partner and help our community be a safer place to live, play, and work. ... See MoreSee Less

Crime Stoppers of SETX, partnering with Orange County Sheriff's Office & The Examiner Corporation, is asking for the public’s assistance in getting potentially dangerous dealers & users, along with the poisonous products they carry, off the street.
If you have information, #SayItHere by calling 409-833-TIPS, reporting online www.833TIPS.com, or via our P3 App. You could be eligible for a cash reward. 💲💲💲 #ChaChing #Crimemightpayyou #innocenttilprovenguilty ... See MoreSee Less

⚠️⚠️ Please share with your family & friends, especially the ELDERLY

‼️The SSA, Sheriff's Office, or Prize awards WILL NEVER ask you to send money using money cards to replace a SS card, prevent your arrest, or to secure an amount of money won.

The SSA says the scammers mislead victims into making cash or gift card payments for help with purported identity theft, or to avoid arrest for bogus Social Security number problems.

“I want every American to know that if a suspicious caller states there is a problem with their Social Security number or account, they should hang up and never give the caller money or personal information. People should then go online to oig.ssa.gov to report the scam call to Social Security,” said Commissioner Saul.

Fraudsters are also emailing fake documents in attempts to get people to comply with their demands. Victims have received emails with attached letters and reports that appear to be from Social Security or the OIG. The letters may use official letterhead and government jargon to convince victims they are legitimate; they may also contain misspellings and grammar mistakes.
youtu.be/QrHFNdjcp2s ... See MoreSee Less

Addendum...the message this morning was sent to Groves residents only.

However, if you live in Jefferson, Hardin or Orange County please do take the opportunity to get registered.

Call 1.877.THE.STAN toll-free, anytime to listen to important alerts and notifications. Or, go to www.thestan.com for regular updates. You can register either by phone or the web.

Click the link below to get started! ... See MoreSee Less

Nothing happened when I pressed register🤷‍♀️

I registered previously...but did not receive text message this morning. I tried to register again, but message said my email in system.

SETRPC confirmed that the message was ONLY sent to Groves residents.

I tried to sign up and it said my email was invalid. I put it in right. Dont know why it's not recognizing it

I just confirmed and I am registered and I received nothing