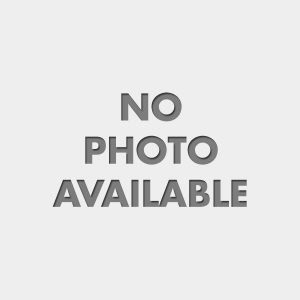 On Tuesday, May 31,2016 at 8:10pm, a lady exited the east side of Dillard’s at Parkdale mall and walked to her vehicle. She opened the back door to place her shopping bags in the seat and a black male ran up to her with a shirt pulled half way over his face. He pointed a white and black bandanna covered arm toward her and demanded her wallet.  He pulled the bandanna back, and showed her  a silver semi-automatic handgun that was pointed at her.

She tried to give him the wallet in her hand, he refused and grabbed her large Kenneth Cole purse and ran north, away from her vehicle.  He got into an unknown older model, black pickup with  wide , white racing stripes painted on the roof and tailgate.  She did not see the hood or front of the pickup truck.  She said he sped off north through the lot, then south on the service road and she believed that he took the turnaround to go back north on the freeway.

Solve this Crime
If you have any information about these crimes or any person(s) involved, you are urged to call Crime Stoppers at or submit a Web Tip . You do not have to give your name. CRIME STOPPERS will pay a cash reward of up to $1000 and you can remain anonymous.

Crime Stoppers of Southeast Texas would like to congratulate the newest officers that were sworn in this afternoon. These days as we all know are very troubled for so many and for these to commit themselves to the Beaumont Police Department speaks volumes about them. The 4 that were sworn in were Officer Sidney Gomez, Officer Zachary Guidry, Officer Nathan Hodges and Officer Erika Sauceda. Chrome Stoppers Board Members Chair Lee Wheeler, Jeremy Raley and Roy West were in attendance. ... See MoreSee Less

Well deserved by law enforcement and very generous of Servpro!

The Brooks Report LiveA CALL TO ACTION! Services for Officer Sheena Yarbrough Powell will be held this weekend on Saturday, August 15.
DETAILS
Okay Crew we have been called to ACTION. We have been asked by Officer Haley Morrow, Beaumont Police Department to see if we can do everything in our power to make what I am about to ask happen.

As many of you know, the services for Officer Sheena Yarbrough Powell will be held this weekend on Saturday. These plans will not be the traditional service arrangements that are made when we lose an officer in the line of duty due to all the COVID issues and restrictions that we are currently subject to. That being said, seating at the actual service will be very limited. We would like to keep this seating available for Sheena's family, BPD and other agencies that could be in attendance.

In Lieu of attending the service, our group has been tasked with helping line the streets of Sheena's 6 mile route between Broussard's Mortuary on McFaddin all the way to Calvary Baptist Church on Dowlen. We have been tasked not to crowd in a single location, line every inch of the Sheena's last ride.

WE NEED A LOT OF SIGNS, with encouraging words, lots and lots of them. Not just for the Family, but the other officers that are having such a hard time with this loss. Also fly your FLAGS….Thin Blue Line or Standard Texas or American Only PLEASE. Now is not the time to be political. Please wear YELLOW. Sheena's favorite color was yellow. It would be a nice personal touch. If you don't have yellow, then of course BLUE. You can never go wrong with blue.

Everyone will need to be in place on the route by 8:30am sharp. The procession will begin at 8:45am. It will take at least 30 minutes for the first car to reach Calvary, they will be traveling at parade speed. The procession will only include police vehicles, but me mindful that typically officers travel from all parts of the state to show their support; so this could be a long procession. I recommend that you bring your chairs, shade, snacks, water and something to keep the kids occupied.

I KNOW WE CAN DO THIS.

It will be up to all of us to reach out to organizations that we are affiliated with or members of, group members from our churches, work places, schools and neighborhoods. There is no such thing as too many people lining our streets.

It is also very important that we line EACH AND EVERY inch of it. So once you have your people; get with us and we will assign an area in which to gather. Again, we are making every attempt possible to spread everyone to fill both sides of the street to cover the entire route.

Don't let this discourage you and your family from individually coming out. WE NEED YOU TOO! Feel free to get with us for a location that could use a little more support.

Again, I think you see the big picture here. So even if you pop up the day of and see a spot that is empty, someone go fill it!

WE ARE HERE BLUE FAMILY! When we can't show support in traditional ways, we make new ones! I can not wait to see this happen.

Share this as far as you can….WE NEED EVERYONE'S HELP with this one.

The funeral service to honor the life of Beaumont Police Officer Sheena Yarbrough-Powell will be Saturday, August 15, 2020 at 11:00 a.m. at Calvary Baptist Church, located at 3650 Dowlen Road in Beaumont. Officer Yarbrough-Powell’s arrangements are under the direction of Broussard’s Mortuary.

Due to COVID-19 considerations, seating is limited to family, church family, and police family. The general public is strongly encouraged to show their support by lining the escort route detailed below and by viewing the service via live stream on one of the following links:
www.facebook.com/CalvaryChurchSETX/
www.youtube.com/channel/UCEpeOlomWsLi7OnRazxHU4w
www.calvaryontheweb.com

Saturday morning, Officer Yarbrough-Powell will be given a police escort from Broussard’s on McFaddin to Calvary Baptist Church. The escort will leave Broussard’s at 8:45 a.m. following the map below and arrive at Calvary at 9:30 a.m.

Uniformed Officers and Honor Guard members who plan to attend the funeral are asked to RSVP via email to bpdofficerfuneral@gmail.com
Information needed in the RSVP email is agency name, number of officers attending, and the number of Honor Guard members attending. Once RSVP email is received, a reply email will be sent with detailed escort and service information. ... See MoreSee Less

Officer Yarbrough-Powell's family, friends, and brothers and sisters in blue will be in our thoughts and prayers during this difficult time. May this hero rest in peace with our sincere gratitude for service above self. 💙🖤

So very sorry to hear this tragic news. Keeping you all in prayer. ❤

Prayers to you and your family.

Sending strength and prayers from Your Blue Family in Syracuse NY 🖤💙

I am sorry to hear about your friend. All officers in Blue are in my thoughts and prayers

Continued daily prayers for all LEOs and first responders.

This still makes me cry. I’m glad she’s getting a beautiful service 💙🙏💙

where is burial gona be

Crime Stoppers of SETX sends its sincerest sympathies to the Jefferson County Sheriff’s Office and to the family & friends of Officer Champ. ... See MoreSee Less

What a wonderful young man.... Prayers to the officers family.

Thank you young man. That is so sweet.

Crying now What a wonderful tribute by an amazing young man .

Bless his heart!! 😪❤️ This boys parents should be commended also for raising such a gracious and caring young man. God has a special place for you....Thank you!! 🙏💙🙏🖤🙏

What a wonderful young man. I got tears

So sad 😭 praying for family and friends 🙏

Thank you !! Such a considerate young man!

Your momma should be proud. Good job young man

Thank you Joe and Boss Burger for feeding our team lunch today! We appreciate your support. ... See MoreSee Less

Who are those masked men? Great job NPD!! Thanks for all you do.

Thank you Joe from Boss Burgers for taking care of our Law Enforcement. 💙💙

Joe Oates is the man!

Condolences from your friends in Boston.

Prayers for Officer Champ, his family and his coworkers.

Sending prayers for his family and his coworkers. 🙏🏻💙💙

Prayers to his family, and coworkers. 🙏💙🖤

Prayers to his family and friends.

Sending prayers 🙏🙏🙏 for all his family and friends. Thank you sir for bravely serving your community.

Thoughts and prayers for his family & all those who loved him. Thank you for your service Officer Champ.

Praying for his family and his law enforcement family

Sheena Yarbrough Powell has often stood out in the crowd. She had an infectious personality and strong family values. This video clip is just a small example of what an enormous heart Sheena had. This video was recorded January of 2019 when she was sworn into the Beaumont Police Department. Sheena was only at this department for a short time. However, she left her footprint on all our hearts. She impacted people wherever she went and with whomever she spoke. God speed sister, you will never be forgotten ... See MoreSee Less

As a mother who has lost both my adult children, I wanted to reach thru the camera and hold onto this mother. I know her pain today. My tears flow freely for this family.

Prayers For Her Loved Ones!!!

That Beautiful smile must have touched so many hearts!!! God Bless you and your family pretty girl!! 🙏🙏❤️

Very sad. I am so sorry for your loss. RIP officer.. Heartbroken

So sad. Praying for this family

God bless you and Thank you for your service 💙

Praying for you sweet angel 🙏💙💙🙏

Will be sorely missed. 😪

what happened to her?